How do you light your Diorama?


I have been working on my wood cutters shack and have been looking through how others are doing their lighting. Personally, i followed Alan's tutorial below for the most part. however, i chose to use smaller LED's. But, all of the other products and processes are the same. Alan's tutorial did not show the implementation from a mechanics perspective as to how he connected everything on his diorama from the bottom.

So, i thought this would be an opportunity for us to share how we are going about doing it from the ground up as it were. i would be interested to see how others are taking care of wire management on the bottom of their diorama. i'm just kind of winging it based off of what i think others likely have done.

Below is how i'm approaching my wood cutters shack wiring. This will be pretty simple with a total of 6 LED's. 5 will be constant on LED's and one will be on a fireplace simulator.

For each of the LED's i gave my self 12-15" or so of a lead wire. I wanted more than i would need to make wiring the circuit up on the bottom as easy as possible. Then, i dry set my structures and used a pair of tweezers to start the hole in the foam. Next i used a drill to finish the hole. After i had my holes drilled i used a finish router to connect all of the holes in the mdf. This way the wires will be recessed as the diorama sits on a table or whatever. This will also allow for recessed switches as well. When i started to fish my leads through the base i found that using some wire helped tremendously, it gave me something to fish the lead through with while but adding some weight to the lead as i was gluing the structure down. This help pull the wired down as i moved stuff, the magnetic wire has nearly no weight.

Here are some photos that i took over the last two days. 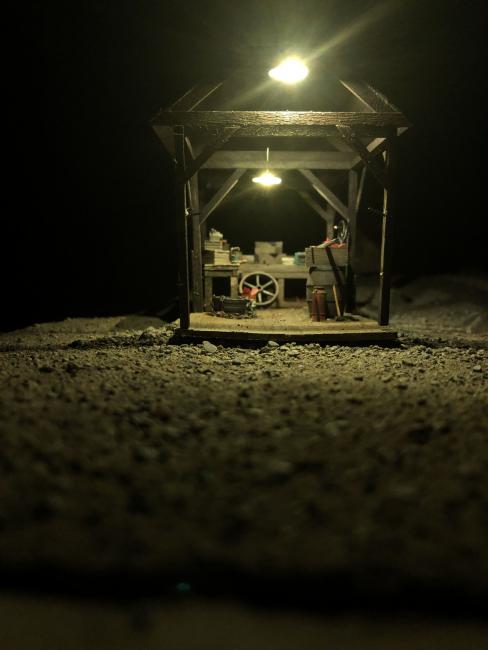 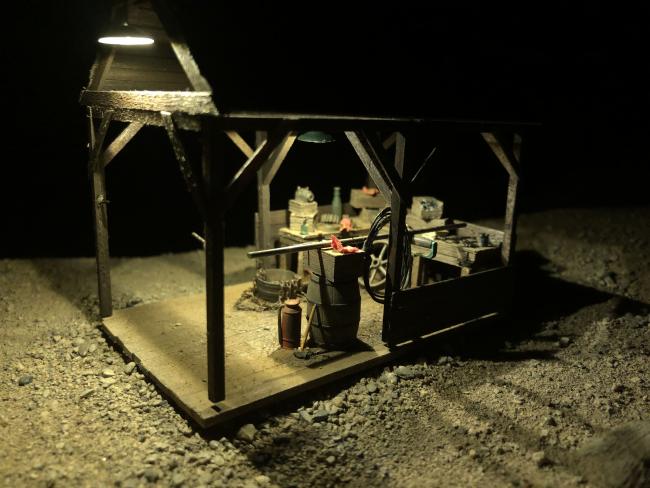 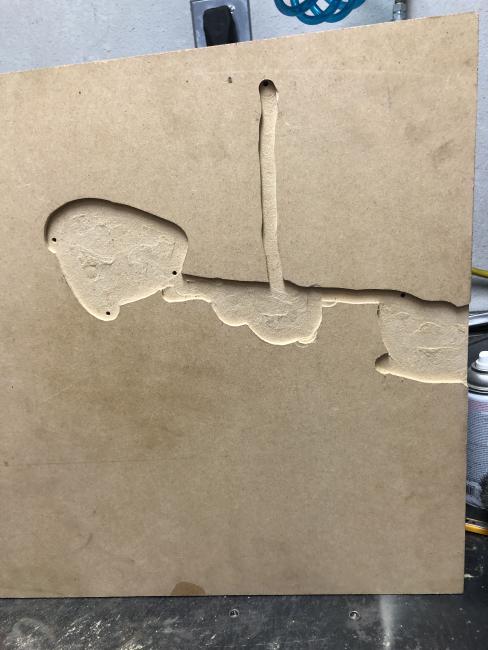 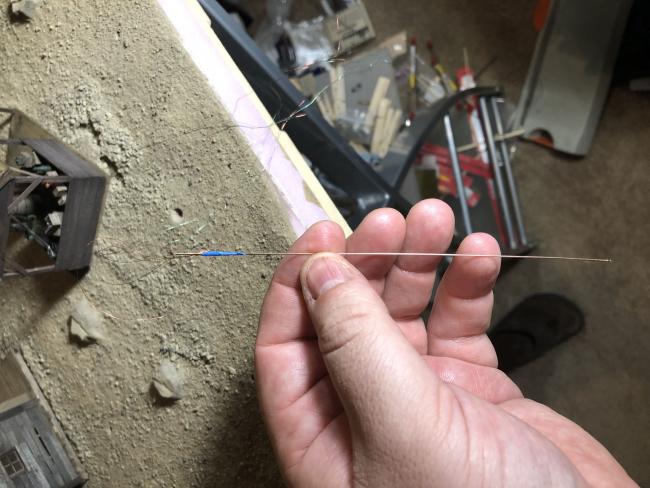 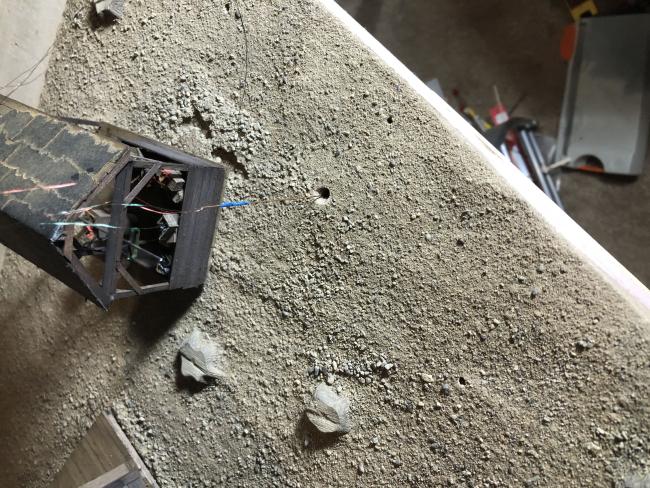