Bill
December 2013 edited December 2013 in Techniques
Since the Expo I've been working on a couple non-Sierra West projects, but I hit on something pretty simple that I wanted to share with you guys. As I was weathering up the exterior of a wooden clapboard building, the windows still seemed to look to "new" or out of place or something. I switched from the light browns and grays I was using over to a much darker gray and added a tiny bit under the sill. That made a noticeable difference and solved my little mystery for me.

My "in progress" pictures are crap since I thought I'd do it fast and use an the iPad, but here goes...
This is the wall that I weathered prior to adding the shadow: 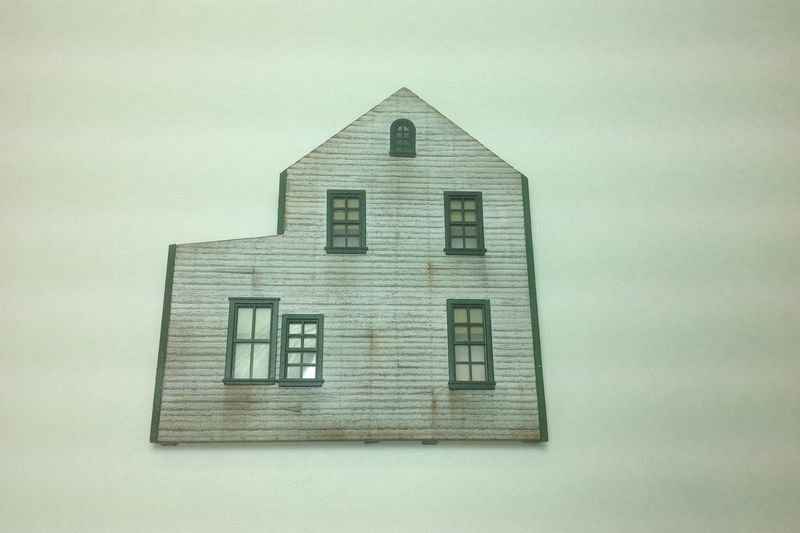 By using a really dark gray chalk (not black) and a small stiff stencil brush, I applied a small amount of powder tight to the bottom of the sill and scrubbed back and forth a bit. Then blew the chalk away. 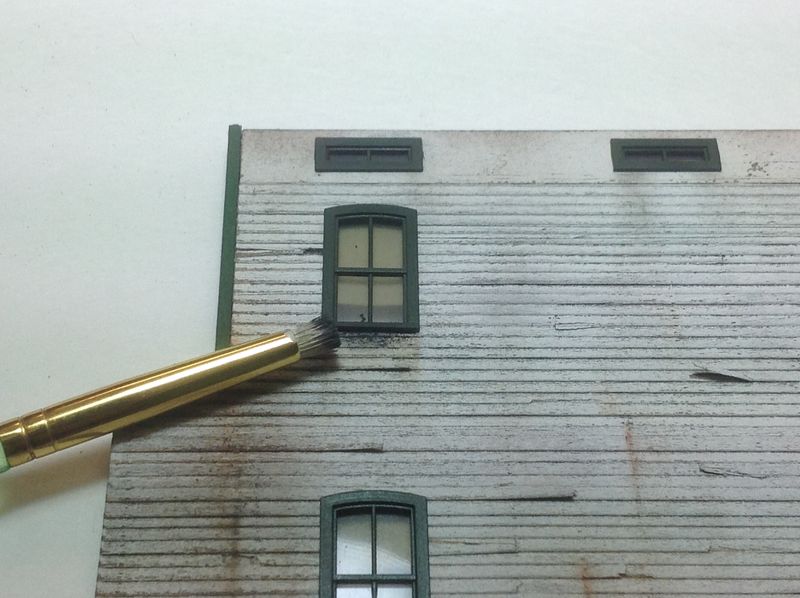 If needed, I would come back with a soft make-up brush and blend a little more. It's subtle, yet the amount of depth the gray chalk adds is noticeable but quite natural I think and makes the wall pop. Since the gray is a completely different color than the tans, rust and browns I was using for the weathering effects, I think it establishes a "shadow" feel pretty convincingly. This window is probably the best illustration of what I'm trying to demonstrate. The others are my first couple tries at it. 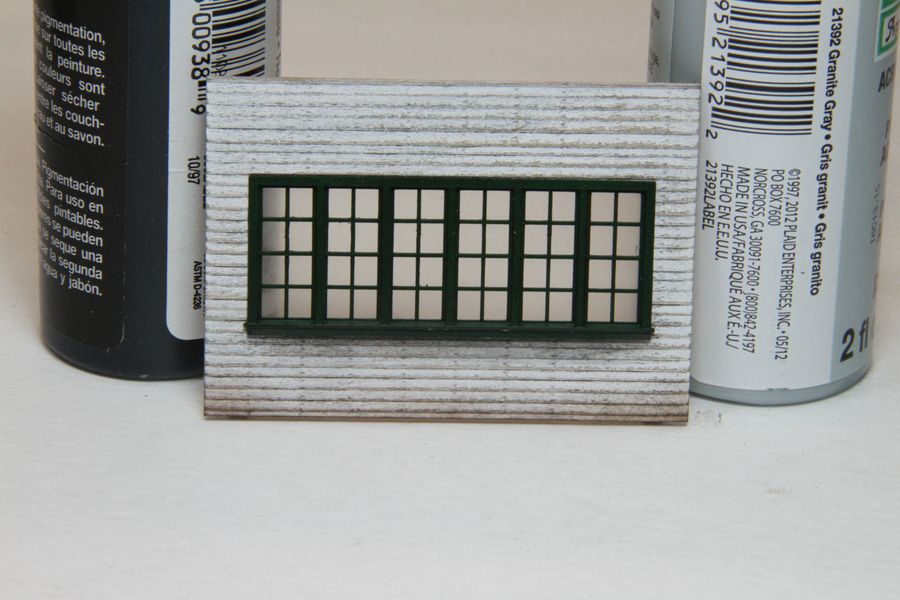 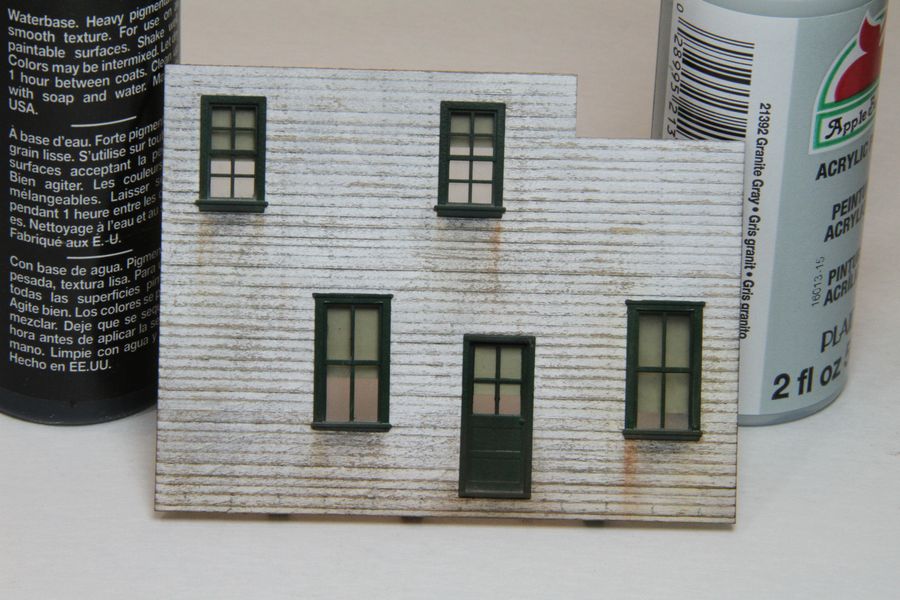 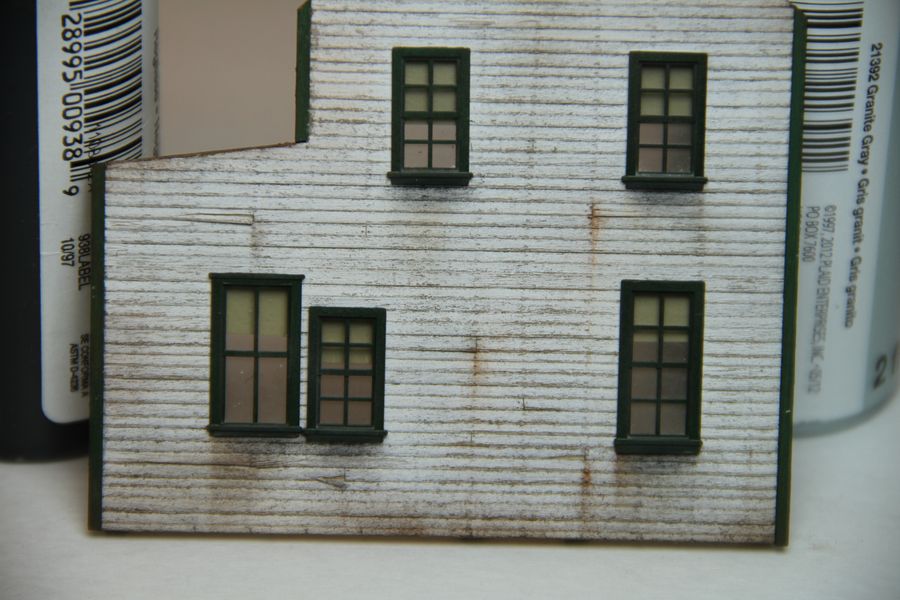 I'm not sure how well this works with darker wood, but I bet it will add a similar effect. The only change would probably be the need for more or darker gray chalk.