In keeping with my decision to proceed with building each and every HO/HOn3 kit produced by SierraWest Scale Models in chronological order, beginning with Brett's first kit release BlueSky Company (circa 1995), I now embark on the classic kit; Shelby's Marine Service (herein referred to simply as "Shelby's"). Shelby's was released May 1, 1998 and was met with much anticipation and excitement within the modeling community. Brett posted an ad in the Nov/Dec 1997 issue of Narrow Gauge and Short Line Gazette featuring his original Shelby's concept model giving his dedicated customers a sneak peak at what was in store (see figure 1. below). 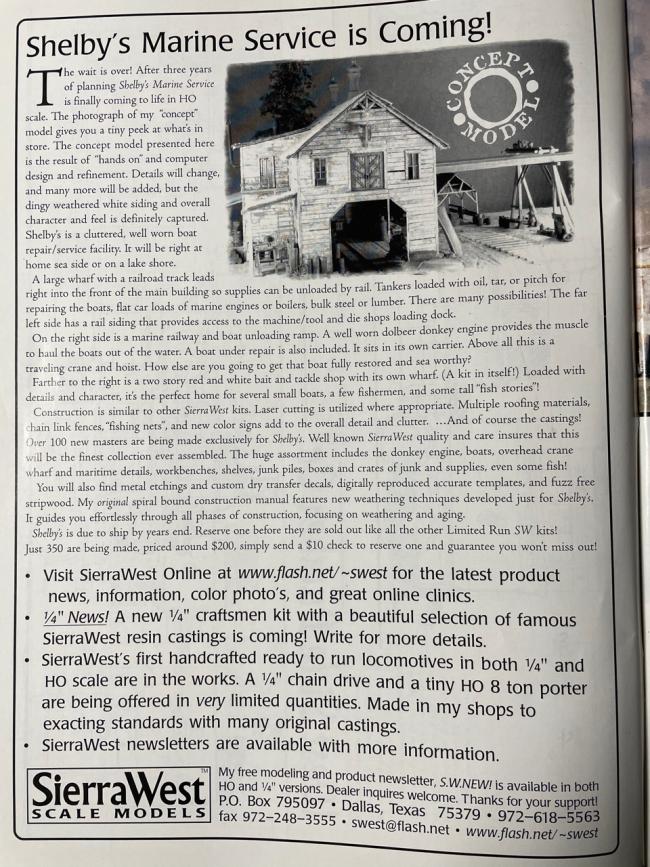 Shelby's represents SierraWest Scale Models first true waterfront kit including wharfs, docks, pilings, boats, and all that is marine. Valley Model Trains carried an ad in the January 1998 issue of Railroad Model Craftsman in which they depicted Shelby's being available TBA (to be announced) with their stock number 103, which was also Brett's kit number, along with a few other SWSM kits in their inventory (see figure 2. below) 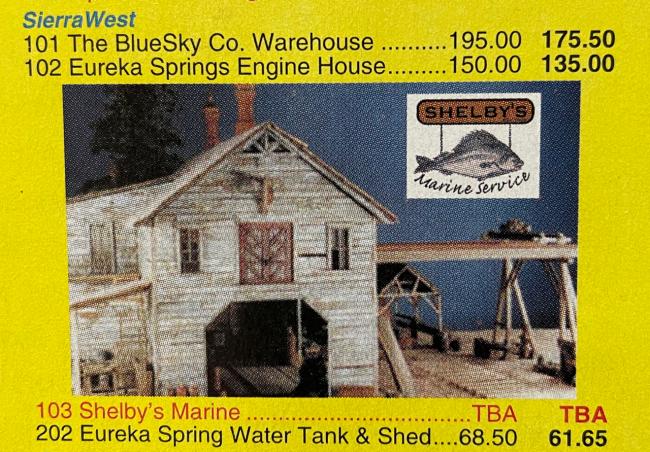 (Figure 2. Shelby's ad in Railroad Model Craftsman January 1998. Note the image is of Brett's "concept" model. Poor resolution is due to the actual picture in the magazine being about 1.5 inches square!)

Shelby's official release and availability was announced in two beautifully illustrated ads in both the Mar/Apr 1998 issue of the Gazette and the May 1998 issue of Railroad Model Craftsman (see figures 3 and 4 below). 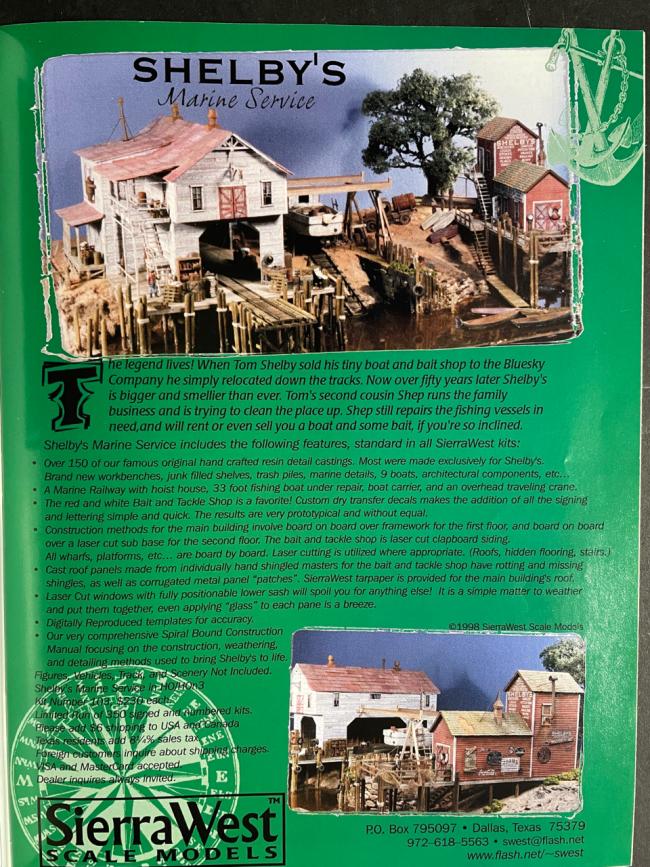 Shelby's was a Limited Run kit of which only 350 were produced and was kit #103. As with all of SWSM kits, it quickly sold out and has been a coveted piece of nostalgic modeling ever since. I was thrilled to find a specimen on the secondary market and paid...we'll just say way more than sticker price to get my hands on it! Speaking of sticker price, Valley Model Trains ran a follow-up listing for the released kit at a 1998 list price of $230 and was on sale for $207. A bargain even at that time! (See figure 5 below). 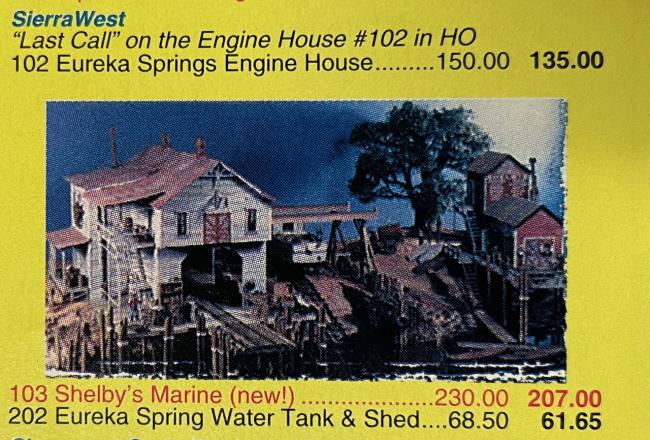 (Figure 5. Ad in May, 1998 Railroad Model Craftsman for Shelby's along with a few other featured SWSM kits)

I have discussed my upcoming Shelby's project with Brett and he gave me some interesting perspectives on his concepts and development of this kit. I'm looking forward to the upcoming build, and have some interesting and exciting ideas in store for this great work that is Shelby's Marine Service...Here we go!
«1234567…29»